Why and How the Nintendo Switch Exists

Nintendo’s next console, the Nintendo Switch will hit stores worldwide on March 3rd. And if social media, long presale lines and sold out preview events are a reliable barometer, the general public is chomping at the bit to get their hands on Nintendo’s latest creation.

If you’ve maintained a casual relationship with Nintendo over the years, your last foray with the Kyoto company may have been by swinging a virtual tennis racket in your living room while playing the Nintendo Wii. Or if not then, perhaps it was with the Nintendo 3DS, the popular, portable gaming device that, until recently, housed the most popular versions of Super Mario and Pokemon titles on the market. (Today, the peppy “Mario Run” and the indefatigable “Pokemon Go”, both downloadable games on mobile devices, enjoy those honors.)

Yet few others beyond Nintendo’s most loyal customers can truly say they bought into the Nintendo Wii U ecosystem, Nintendo’s 2012 home console and follow-up to the colossally popular Wii.

Upon release, the Wii U worked to confound both Nintendo Wii owners and potential customers, a muddled marketing message baked into its own name, as well as having a bizarre set of economical hardware specs that left its admittedly avant garde software lineup shorthanded from the get-go. Even while lifelong supporters of the console boasted a handful of wonderful titles, the system sold only slightly more than 1/10th of its predecessor. It’s Nintendo’s biggest financial misstep to date.

Enter the Nintendo Switch: a snappy looking piece of future-tech that promises to zig where the Wii U zagged. It arrives with a much more modern take on hardware architecture, a galvanizing hook that promises a portable home experience, and a blockbuster title right out of the gate: The Legend of Zelda: Breath of the Wild.

But look closely and you’ll notice not only what’s wildly different, but that Nintendo has wisely copied some of the best aspects from their failed Wii U experiment in route to writing their latest chapter. This was the announcement trailer for the Nintendo Wii U, back in 2011:

Though hindsight is 20/20, the sentiment regarding the Wii U’s reveal was felt instantly across social media: “What exactly is this thing?”

The actors appear stiff and reserved. The games? Carbon copy visuals of old Wii games featuring very simplistic graphics, as well as a CGI mockup of a Zelda title that never actually existed. The word “new controller” appears no less than ten times plastered across the screen, while the actual console itself is never shown. The aesthetic of the hardware appears exactly the same as what already sat idely in 100 million houses around the world.

Now this is the Nintendo Switch announcement trailer, which recently premiered in 2016:

This announcement trailer is nearly identical in length, and if you watch it, you’ll notice so much more conveyed by comparison that it boggles the mind.

Here, the actors are fluid. We follow one person for half of the trailer’s running time within natural, believable environments, all set to the beat of a modern soundtrack and an infectious Switch jingle. We see the branded console, we see a gorgeous Zelda title that consumers already know exists, we see the controller lift up from a dock beneath a television and turn into a screen in his very hands. The system is cartridge based, it has multiple means of playing for multiple lifestyles, it’s portable, it’s lightweight...and on and on.

Where the Wii U was languid and muddled, the Switch is hip and electric.

Rarely will you see a media company survive long enough to reach such stark contrasts. Marketing is where the Switch deviates the most, out of necessity.

But of course, the Wii U was not all bad; For years, loyalists have been enjoying not only some broad aspects of the Switch’s features, but its literal games, too.

The Switch is not a new revolution, it is the Wii U, realized.

Want to take Wii U games with you on the go? You couldn’t, not exactly. But depending on how much space you had wherever your Wii U console was located, its advertised 26 feet of broadcasting afforded some people second room gaming, or even dynamic bathroom breaks.

The ability to take Nintendo games with you on the go was never an advertised feature of the Wii U, but it seemed such a logical jump in logic that it’s no wonder Nintendo R&D’d the Switch based on that very feature. Of course the 3DS allowed for portable Nintendo games, but in a vastly low-fi manner.

Journalists spent many a night speculating on what Nintendo’s next move was going to be after the Wii U, but the idea was blatantly sitting among them all along. 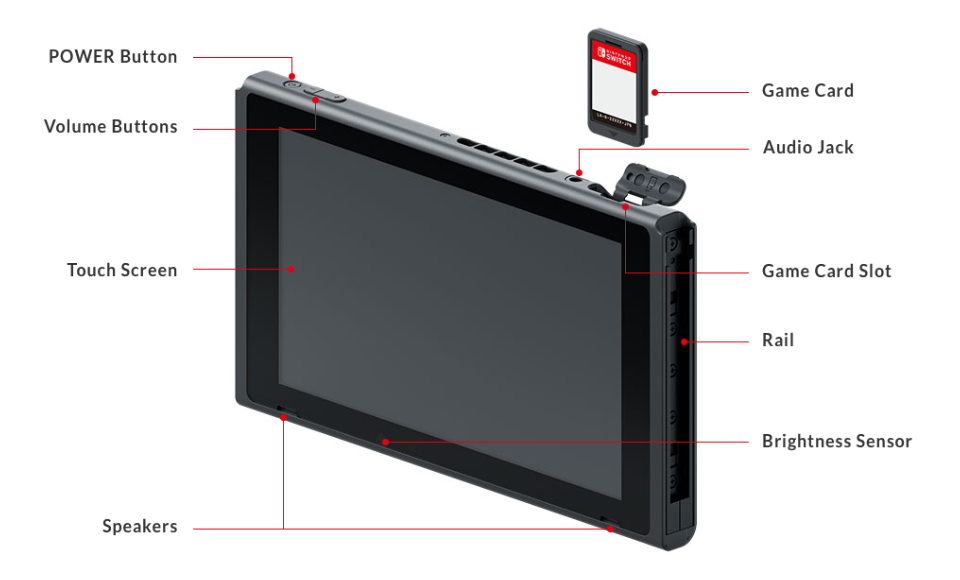 To that same effect, the Nintendo DS line of handheld systems has been employing two screen gameplay since 2004, and many forget that it normalized touch screen interface three years before the iPhone even existed. While the Wii U and the Nintendo DS consoles only use a single-touch interface however, the Switch has finally graduated to the modern age with 6.2-inch capacitive, multi-touch display and a resolution of 1280 x 720 pixels - massive upgrades over the Wii U and Nintendo 3DS on all fronts.

Nintendo is giving us touchscreen, HD gaming completely on the go. Plug in your LucidSound headphones and you suddenly have the complete home experience on any train, bus or plane.

Finally, and perhaps most importantly, its two handled controllers, the “Joy-Cons” as Nintendo calls them, surprisingly harken back to the Nintendo Wiimote, a motion control joystick that still signify novelty to many. This time around, however, Nintendo is equipping their controllers not with a tethered analog controller, as was the case with the “nunchuck” adapter, but instead are allowing both left and right controllers the ability to act on their own, the functionality to attach onto a dock resembling a “regular” controller, infrared abilities, and they can also output what Nintendo is calling “HD Rumble”. 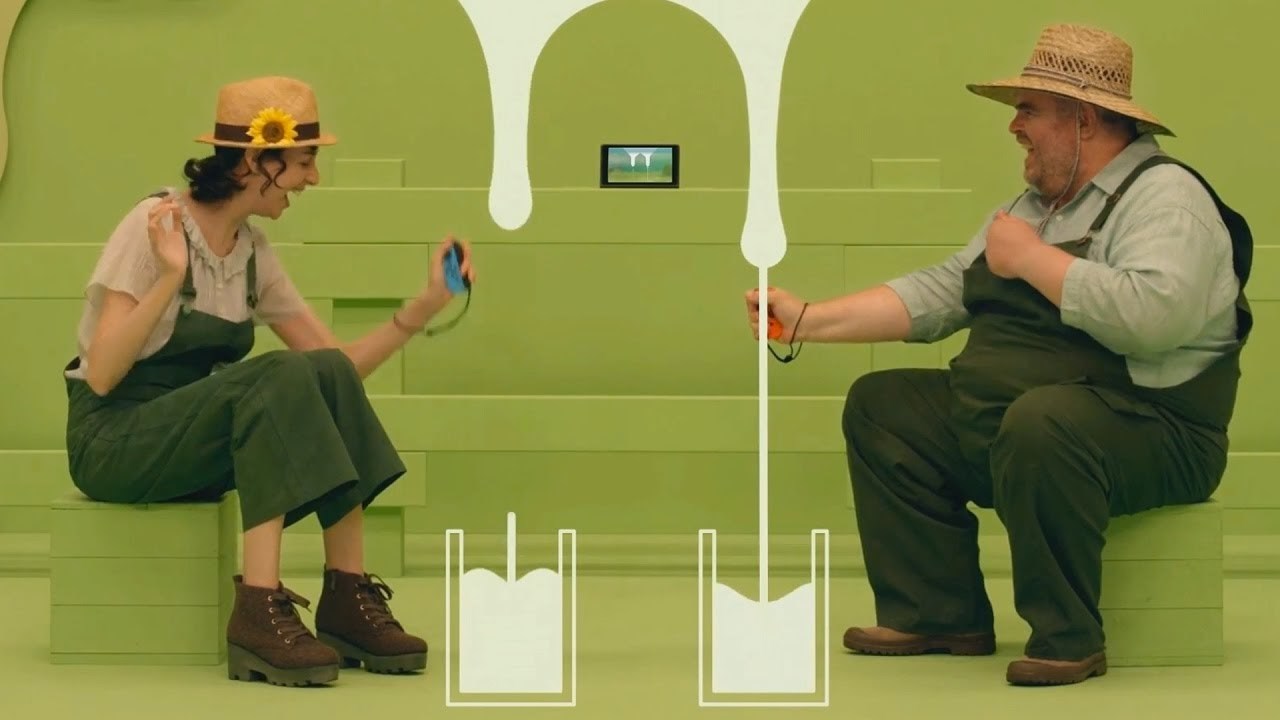 Want to know what all that stuff actually translates to? Nintendo wants you to try out the party title “1-2 Switch”, where their Joy-Cons simulate the tactile feeling of shaking a glass filled with ice cubes, playing quick-draw with locked eyes, or actually milking a cow. Not your cup of tea? Try a round of motion controlled tomfoolery with “Arms”, an action punching game that requires physical exertion, a la Wii Boxing. And if you’re not in the mood for a party, just hook the Joy-Cons to the Switch screen and settle down for a long setting of Skyrim: Remastered edition, or of course, the new, gorgeous Zelda title.

What Nintendo has never accomplished with their hardware is this advanced level of chameleon-esque pragmatism. Heck, they’re even remastering many of the best Wii U games and putting them onto the system as well, as is the case with Mario Kart 8 Deluxe, the “better” version of Breath of the Wild, a sequel to the popular Splatoon franchise, and more rumored to come.

The Nintendo Switch is the Wii, is the Wii U, is the DS and is more.

Especially if the console can eventually attract third parties in mass, this functionality means Nintendo fans can, in theory, have their cake and eat it, too. 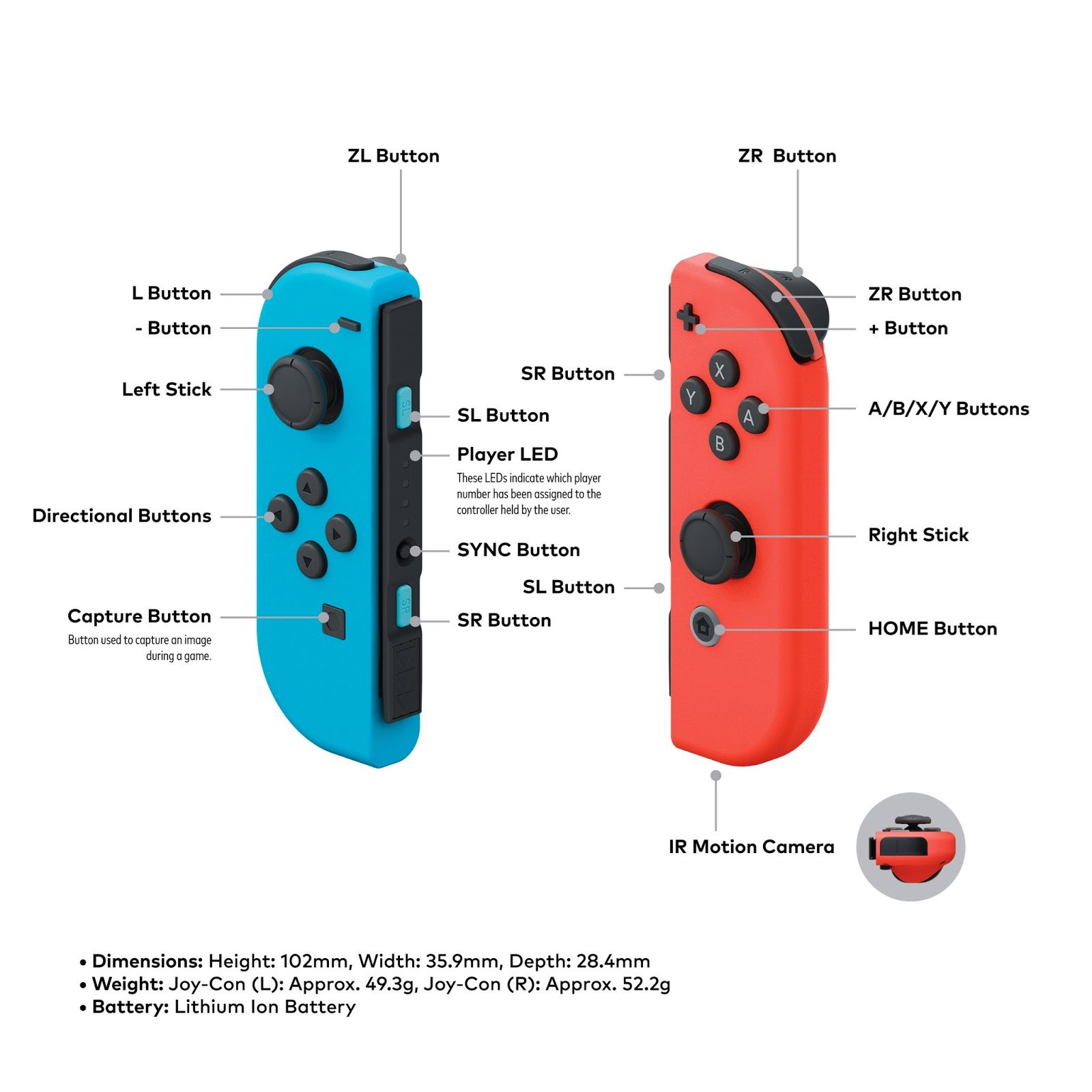 What becomes of the Switch will obviously be left up to consumers. Early vital signs are good. But the economic reality of what it means to be a stand alone gaming system in 2017 is as twisty and turny as ever before.

There is a long list of modernized concepts that separate the Switch from the Wii U, or modern Nintendo from the way Nintendo has traditionally ever acted, for that matter. Some of these things are great: the Switch has no more “friend codes” for instance, the long beleaguered and widely loathed method for which to connect to fellow Nintendo players online. Nintendo’s ancient tradition of region-locking games from functioning on oversea consoles has also finally been lifted.

Others, such as the system’s lack of backwards compatibility with older games, as well as the replacement of its free online service with a paid service, sees Nintendo donning the darker, less consumer-friendly aspects of modern gaming. The final verdict remains off in the distance.

But the overall strategy Nintendo is taking with this new effort is clear to anyone who's been paying attention: we are the hit game makers, yes. But this time, we’re listening.

Alan is a feature writer who has contributed to Kotaku, Polygon, Nintendo Life and other gaming sites. He has a background in the psychology of creativity, professional Smash Bros. and over 20 years of gaming behind him. He gets yelled at daily for picking Hanzo in Overwatch.